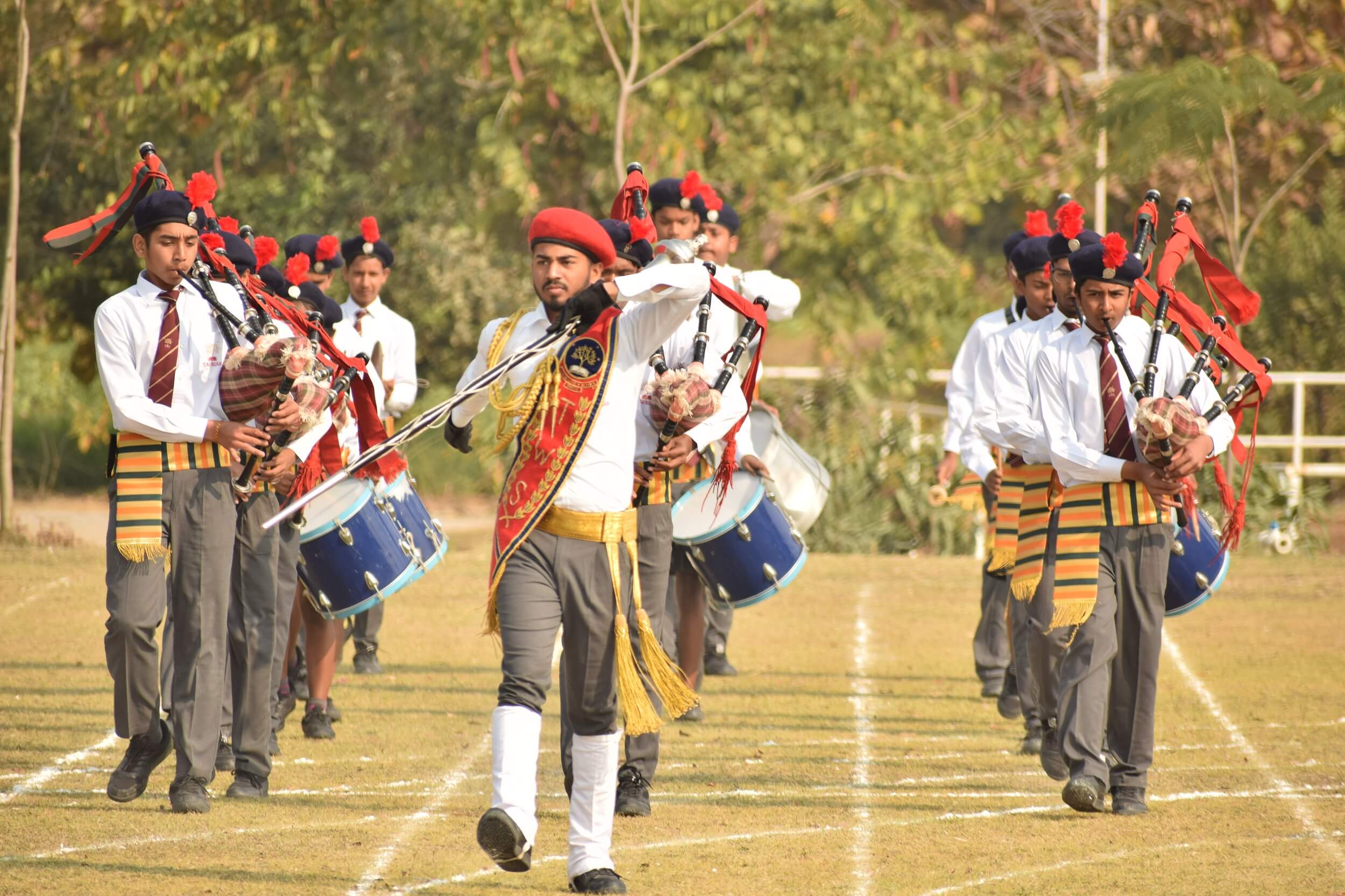 The much awaited 11th Annual Sports Meet of Taurian World School was held on Saturday 22nd February 2020,  with great zeal, excitement and frolicsome atmosphere. The Chief Guest presiding over the event was Smt. Bhagvati Chanu, Gold Medalist in Archery.

The programme began with the Principal Dr. Subhash Kumar welcoming the esteemed gathering by reading a brief report of the last year’s annual sports meet activities and emphasized on the importance of sports in a child’s life.

The Chief Guest was then escorted by the Principal for the unfurling of the school flag.

An impressive March Past coupled with some stirring marching music by the Bagpipe Band, the four House contingents and the display of the bloostock by the Taurian Equestrian Centre was led by the Head Girl Ms. Anouksha Sarkar and Head Boy Mast. Sukrit Katriar.

The Meet was declared open by the Chief Guest, marking the commencement of the ceremony, followed by the lighting of the flame by the school’s Sports Captain Mast. Aditya Raj.

The students entered into the spirit of the occasion in a grand way with the oath being administered by the Sports Captain Aditya Raj.

An electrifying display by the bagpipe band students set the tone for the rest of the event.

The most intriguing aspect, beautifying the event, was the splendid field displays like mass display by the primary students etc which splattered on the field, a riot of hues and vibrance.  This was followed by various track and field events in which students took part with enthusiasm.

The Dragon House was adjudged the Best House in the March Past and the Overall Athletic Champions. The Phoenix House took the Overall Sports Championship.

The zealous parents, gathered in large numbers, constantly applauded the participants of the Field track displays.

The Meet was then declared closed by the Chief Guest followed by Vote of thanks by Mr. Joel Deepak, Sports Coordinator and the National Anthem by the School Band.

The Photos and Videos can be accessed here: