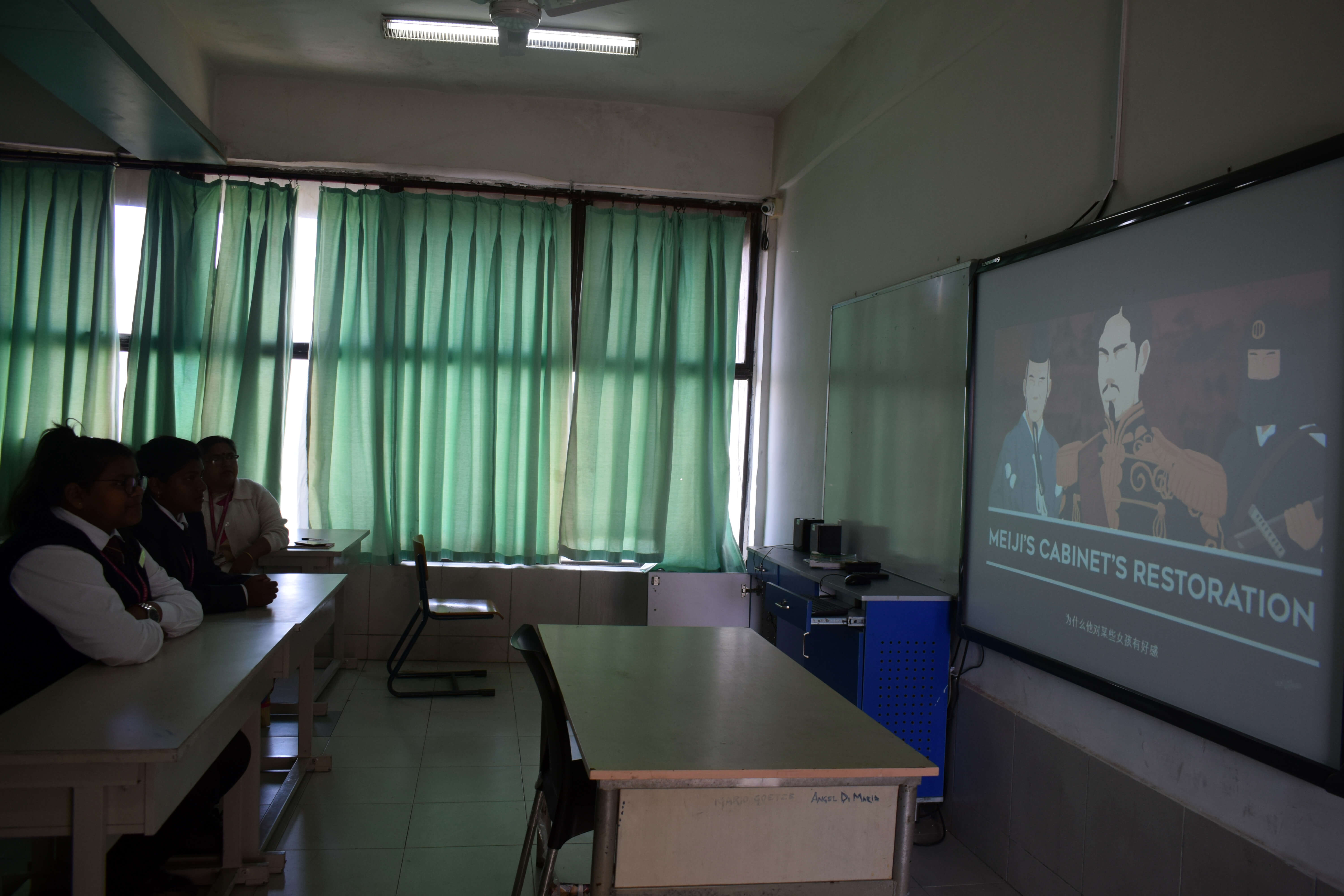 A smart class for Grade XI-C was conducted on 17th January, 2019 on History on the topics Displacing Indigenous people and Paths to Modernization.

The chapter on Displacing Indigenous people deals with what the European settlers did to the native peoples of America, and the Natives and the Europeans represented competing notions of civilization.

The students while studying came to know about the different aspects of the tribes and how they fought against the Europeans to protect their lands and families.

The students through the smart class watched some of the lost tribes like the Cherokees and the Ohio tribes.

The most important factor while watching they found out that a similarity was there between the life style of Ohio tribe and that of the people living in Harappa and Mohenjodaro.

The chapter Paths to Modernisation deals with the fascinating story about how different historical conditions led Japan and China on divergent paths to building independent and modern nations.

In the smart class the students watched a documentary on Meiji Restoration and started to watch the video on the Rise and fall of the Japanese Empire.

While watching the videos the students were very interested and excited to watch them.