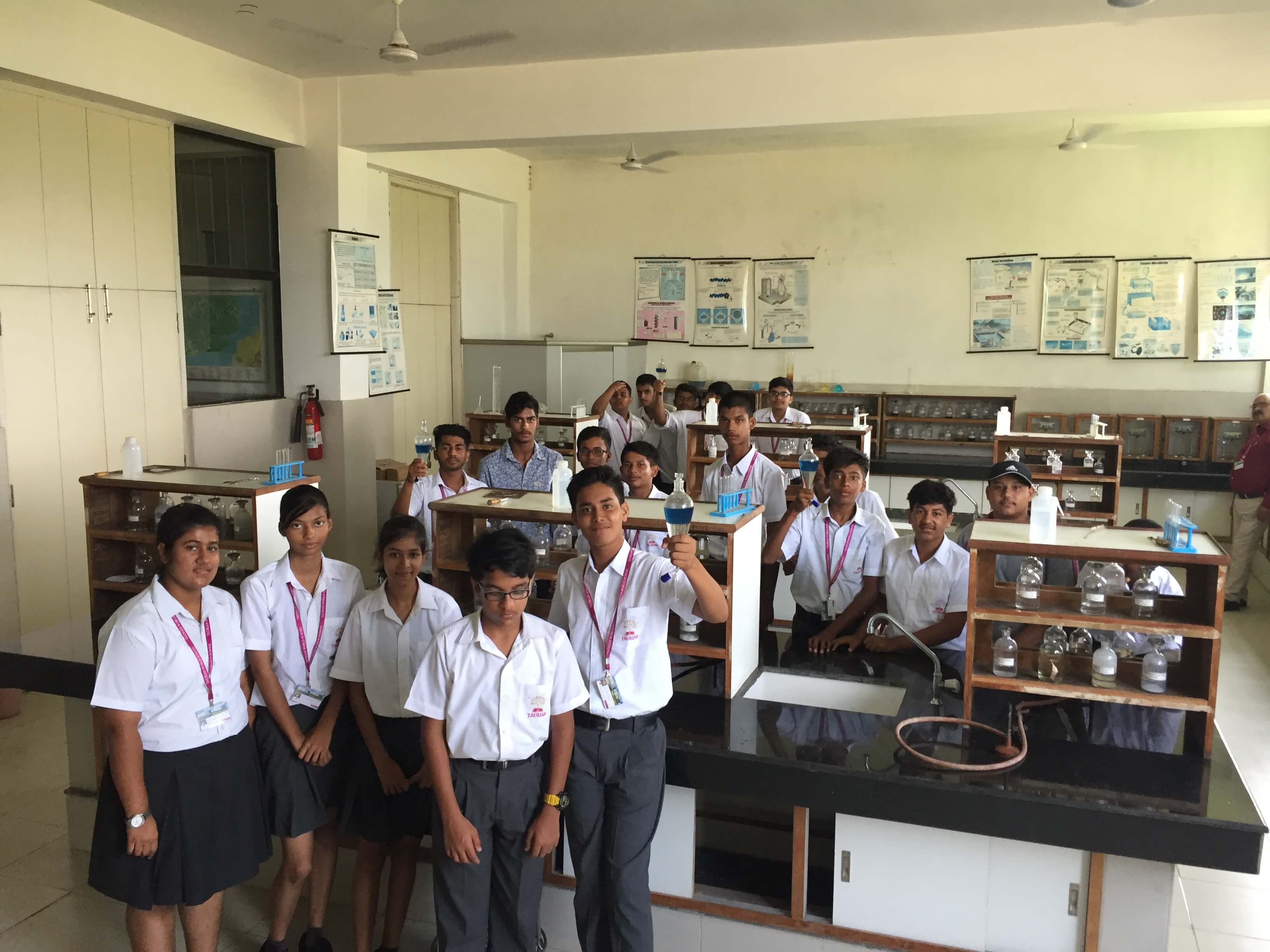 Grade IX students had been to lab along with their teacher Mr. Harsha Purtipli for the immiscible liquids separation activity using separating funnel. Here the students understood how two immiscible liquids can be separated by density as the characteristic property for separation.  This is going to help them separate petrol from water whenever the bike or scooter left out in rain, and water enters the petrol tank accidentally and blocks the pathway resulting in shutting down of the engine.

They also performed Chromatography of the mixed inks from the fountain pen… saw how the molecules of dyes get separated on the filter paper. This would help them identify the colored colloidal particles in a given substance and then adopt a method to separate the same.

Students also visited kitchen to observe churning of milk… They understood the working phenomenon of the churning instrument.

They also had topic of water purification, in the second chapter where the students were taken to the swimming pool purifying system to make them understand how the purifying tanks are connected… and the purifying principle…