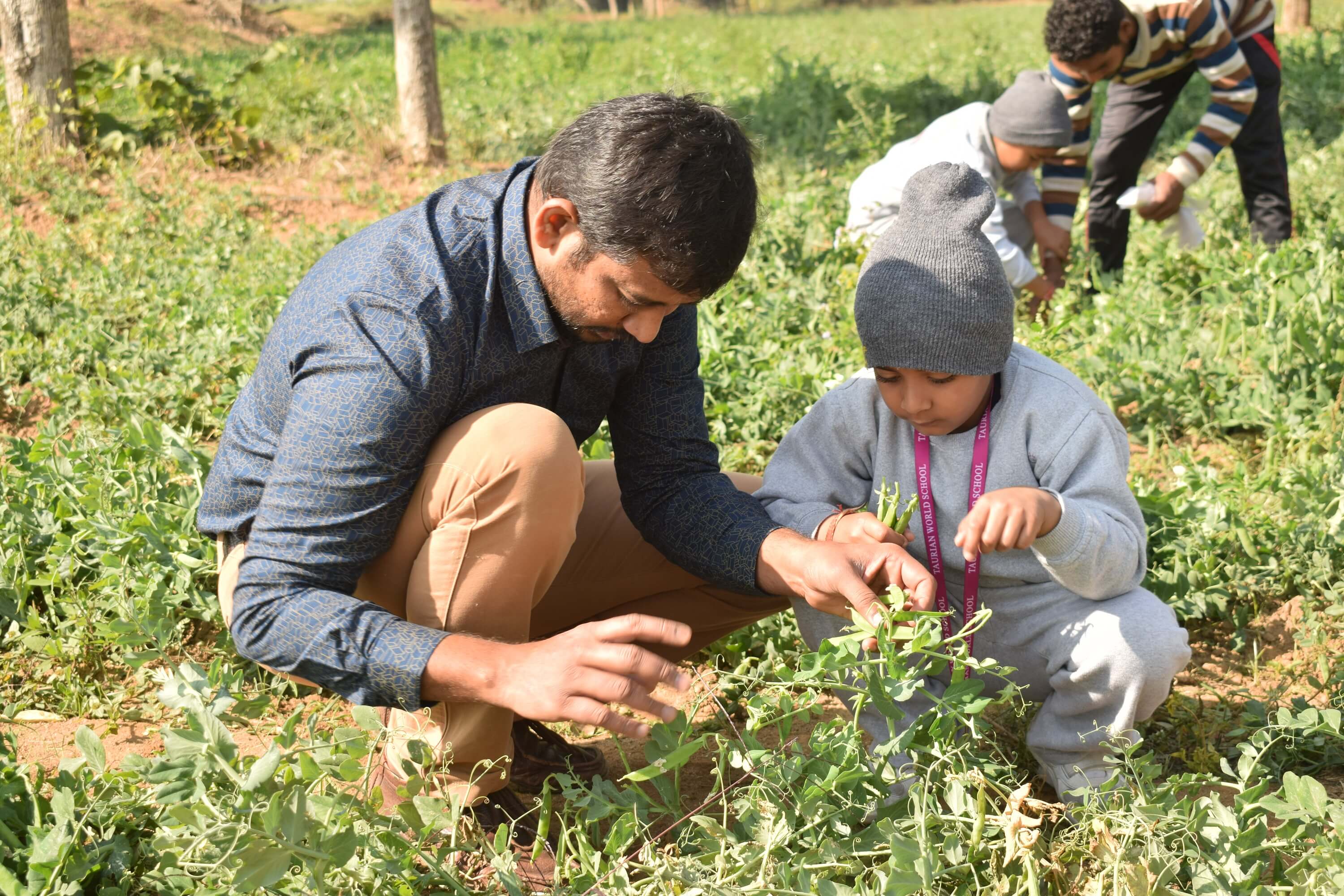 With India being an anciently agriculture based country, it is important and imperative for all to not only understand how important it is in our lives but also how Farming needs to be preserved and enhanced at the same time.

To make our young minds familiar with Farming and Agricultural processes, as part of TCE, an initiative was taken to expose them to season’s crops and the processes involved from sowing to harvesting and marketing of the produce.

Students were also briefed about the fertilizers and pesticides used and why they are used.

At the end students were taken to Taurian मंडी ( Market ) where they participated in the selling and buying of the produces from farms – Peas, Tomatoes, Carrot and Radish. Students were given printed currencies from which they had to buy whatever they wanted as per the rate displayed on the Rate card.

Post visit, students were given worksheets related with their visit to the farm so that the learning they had could be deepened.