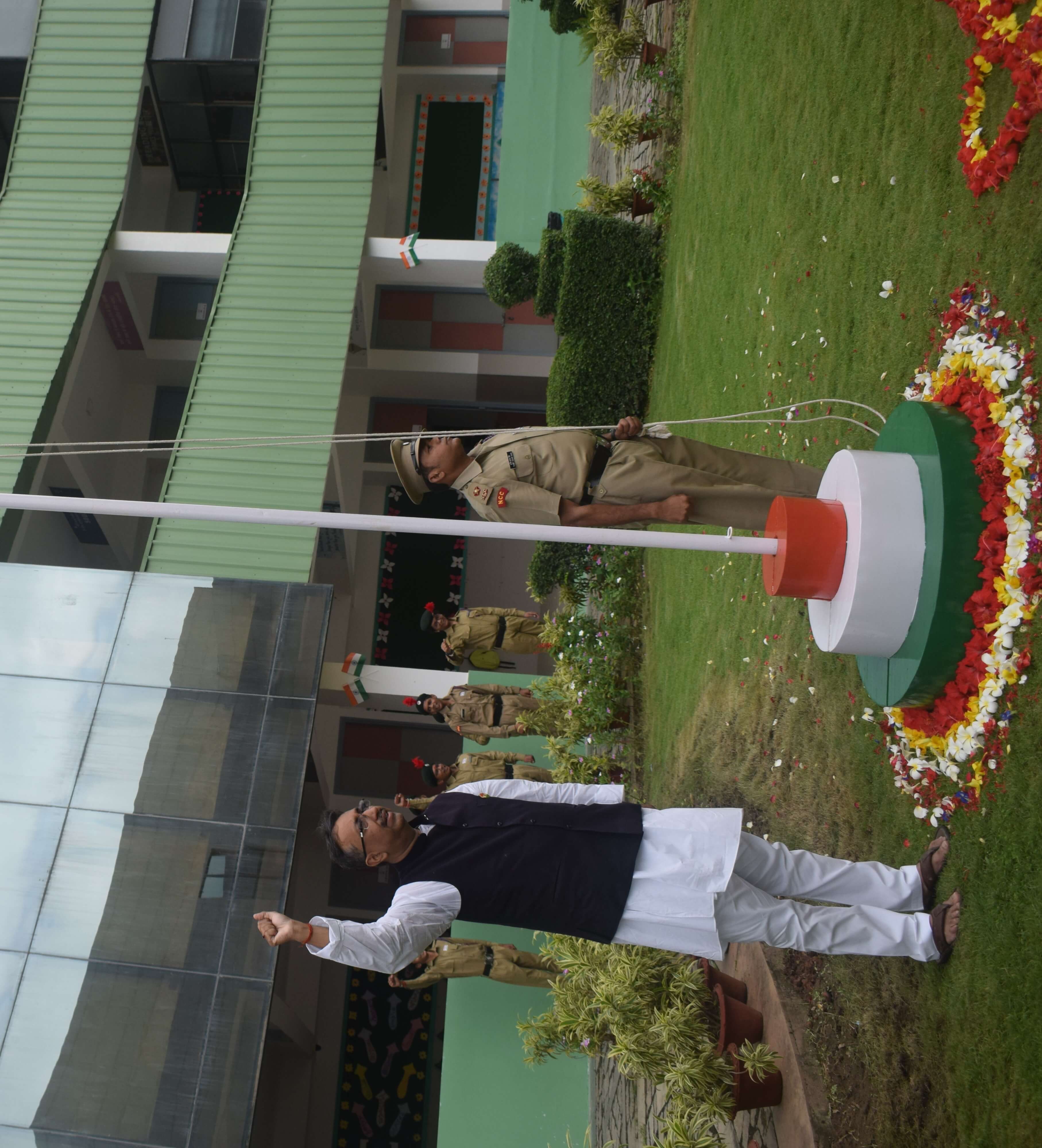 Taurian World School, Ranchi celebrated the 73rd Independence Day of India with great enthusiasm and patriotic fervour on the morning of August 15, 2019. Coincidentally, it happened to be Raksha Bandhan too. The day began with the boarding students tying Rakhi to their counterparts.

The Independence day ceremony started with the Principal, Dr. Subhash Kumar, hoisting the tri colour flag as a mark of respect to our mother land India and a tribute to our freedom fighters. Dr. Subhash in his address paid tribute to all the freedom fighters and conveyed a thought provoking message that to change the society one should change themselves.  He said “let each one of us work to become independent and be a proud Indian and global citizen”.

The students gathered in the assembly hall where a series of songs and dance performances took place. The whole school crooned to the song “Vijay Vishwa Tiranga Pyara” followed by “Mere Vatan”. The head boy Mast. Sukrit Katriar gave a mesmerizing speech on Independence day. A group of students then enthralled the audience with their dance performance on the song “Teri Mitti …. ” followed by an emotional speech by Mast. Aviraj Suman on the sacrifices made by our soldiers. The assembly hall then echoed with the songs “suno ghaur se duniya walon and a Raksha Bandhan song “Phoolon ka Taaron Ka….” by the musical choir.

Principal Sir later thanked the audience and especially the musical department for their lovely display.

The day ended with the whole school singing the the National Anthem.

Principal Sir then went to Parasnath School in Hazam Village to hoist the flag and distribute sweets amongst the people.

Photos and videos can be accessed here: https://drive.google.com/drive/folders/1zPtUMmVP0Tnoi5WwABZyyxxvSu6ez6fI?usp=sharing