Workshop on CLAT for Students of Grade X to XII 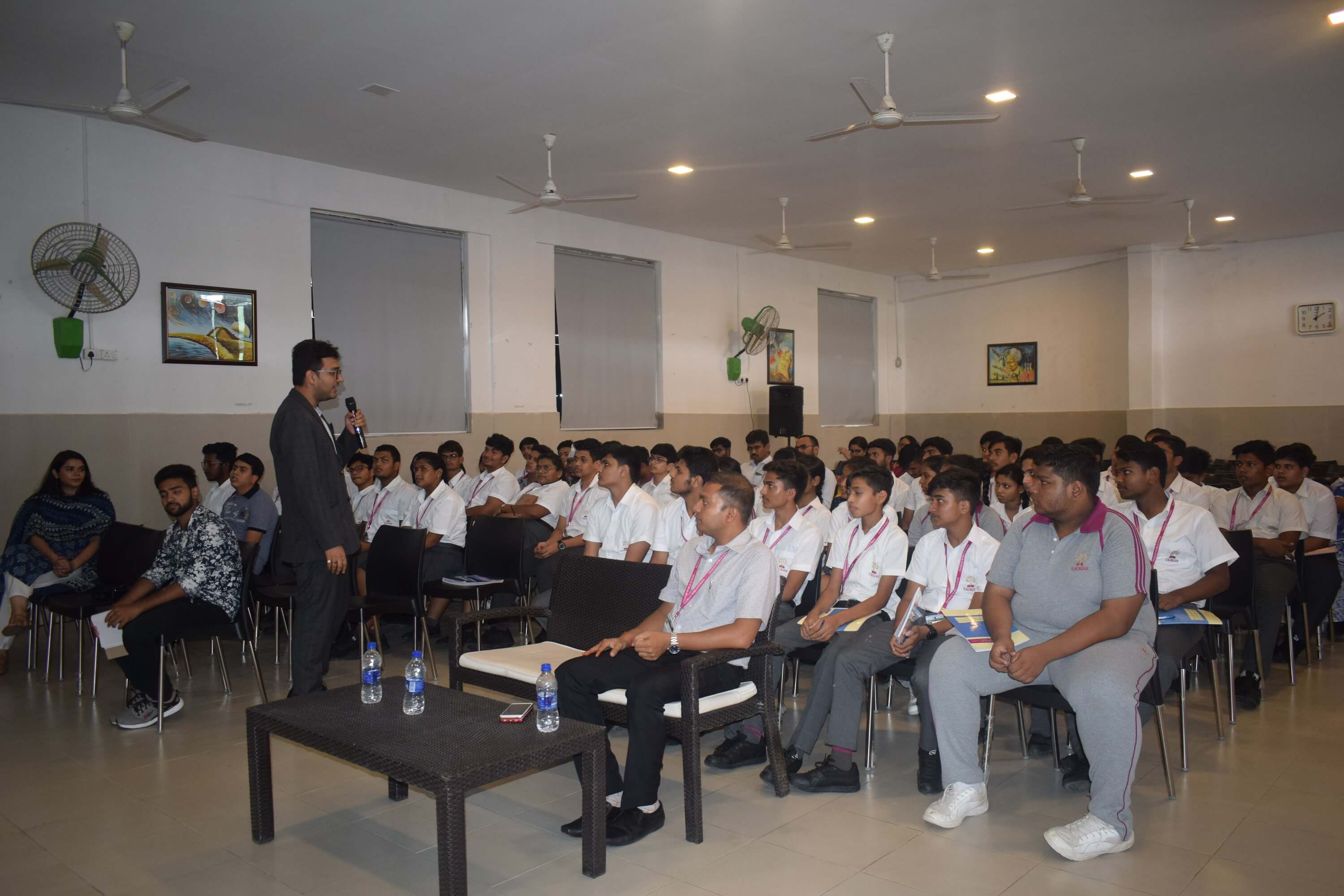 A workshop on the Common Law Admission Test (CLAT) was conducted in our school for the students of Grade X to XII for their convenience in seeking admission to various National Law Universities in the country, if they opt Law as their career.

The Resource Person was Mr. Shubham Gautam, an Alumni of the National Law Institute, Bhopal and Ms. Akanksha Kaushik, a graduate from National University of Juridical Sciences, Kolkata. Mr. Shubham is currently practicing as an advocate in the High Court of Jharkhand and is also the Director of Legal Eagle, a premium institute which grooms future CLAT aspirants. Ms. Akansha on the other hand, has been doing litigation and have appeared before various courts including Hon’ble Supreme Court of India, various High Courts, Consumer Courts and Tribunals.

They discussed about how this entrance test is conducted on a rotational basis by 21 National Law Universities (NLUs) and this year the same was conducted by the National Law University Odisha (NLUO), Cuttack. They also discussed about the five-year integrated Under-Graduate Law Programmes offered by the NLU’s, leading to the award of a degree in Law as per their respective nomenclature. They highlighted the eligibility criteria for the test followed by the pattern of the question paper which consists of Verbal Ability, Logical Reasoning, Elementary Mathematics, General Knowledge and Legal Aptitude.