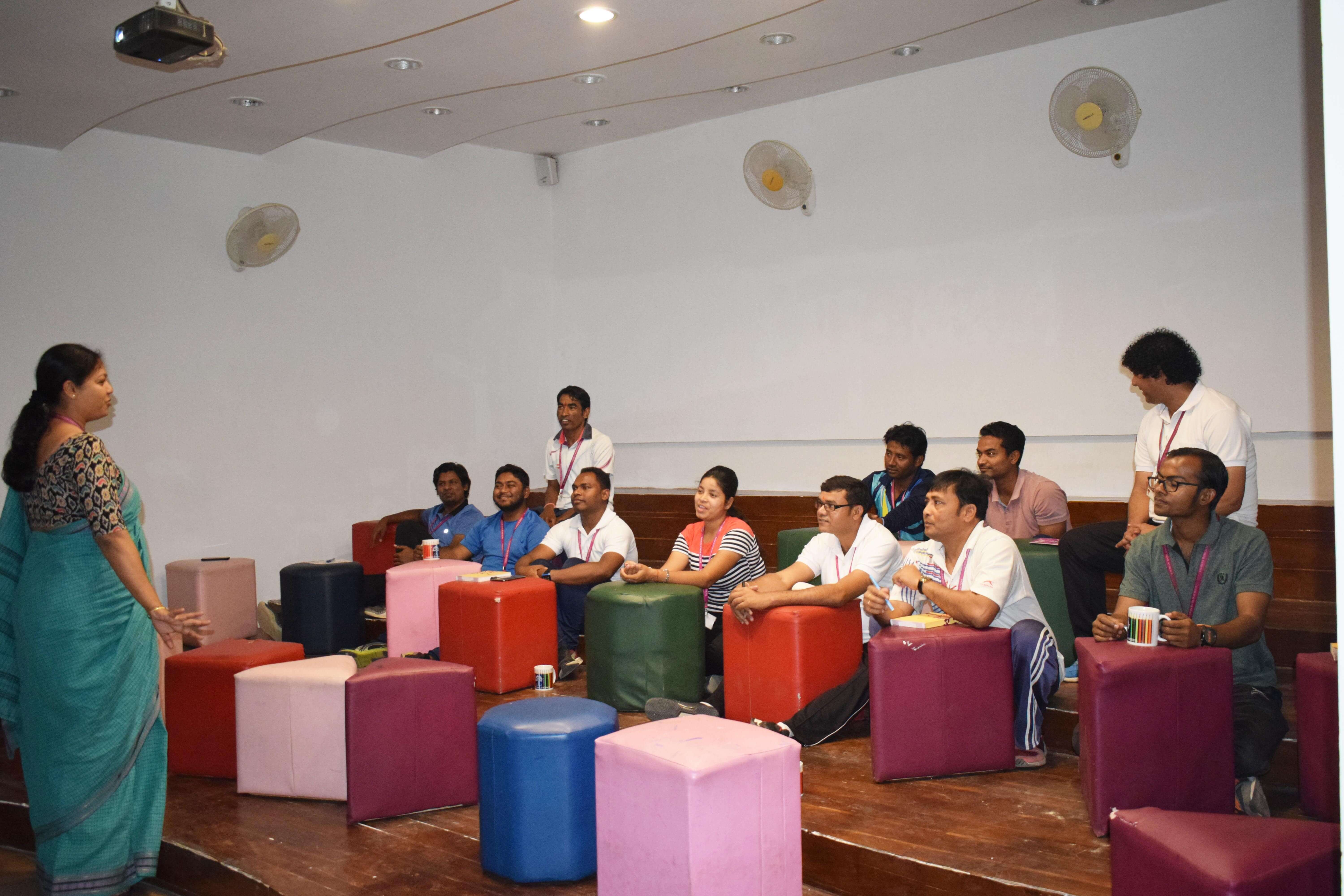 Our sports coaches, are a very energetic members of our family who work and coach young minds in a certain individual sport. But together as a department they become a more powerful team who are able to mould and shape students minds positively.

With this in mind the Taurian Learning Lab, headed by Mrs. Tanushree Sengupta, School Counsellor, conducted a training of one and half hour on to show the power of team and how  by combining the strengths of team members, new heights of success can be reached.

When people work together, they don’t think about their individual gains; they think about the welfare of the group. Teamwork is a fusion of three elements – collaboration, compromise and cooperation. During the training these concepts were clarified through different activities.

Team communication is the foundation, which was experienced by a fun activity of arranging themselves according to their birthdays without any verbal communication. It was fun to watch them experience the power and importance of proper communication.

Goal setting was the next activity where they had to guess the total number  of papers two people in a team could hold with their bodies at one time. This was an activity which was challenging, fun and led to a lot of new learning .The importance and steps of goal setting were discussed in detail.

The qualities required for being a good team member, the magic of synergy, principles of Clarity, challenge, complexity, commitment and feedback was visually presented through power point slides.. The importance of respect and relationship for each person with all in the team was emphasized. Research has shown that teams go through definitive stages during development. Bruce Tuckman, an educational psychologist, identified a four-stage development process that most teams follow to become high performing. He called the stages: forming, storming, norming and performing. An chart activity was done to experience these four stages and discussed in detail.

The training ended on a fun note with an activity to understand and analyze the self-  “ do our actions follow our own thinking”  and how we have to look at our role in team performance rather than blaming others.