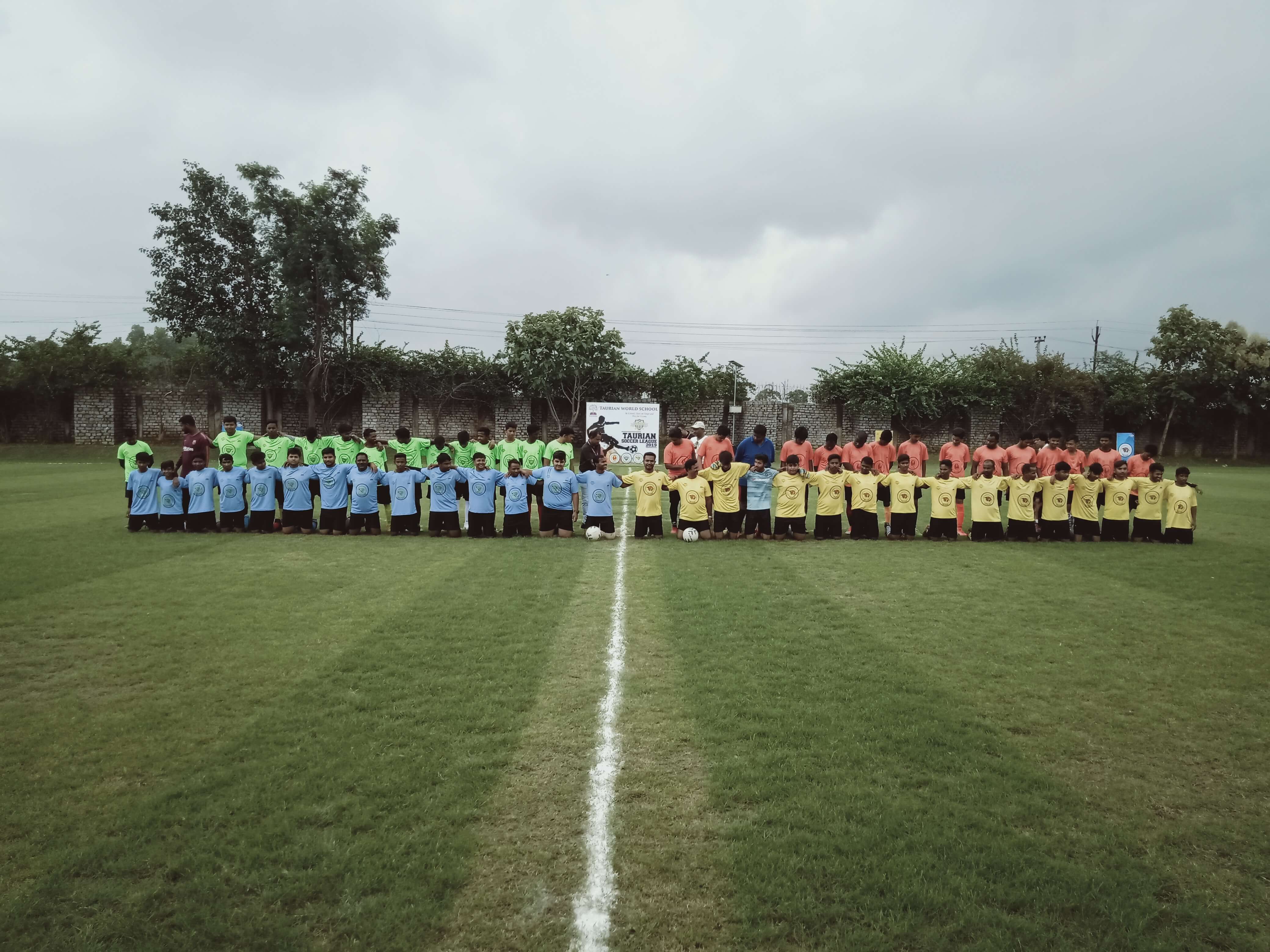 With immense pleasure we would like to state that the much awaited Taurian Soccer League 3rd edition was inaugurated today i.e., 3rd August 2019.

The chief guest presiding over the event was Mr. Asif Nayaem, ex- Footballer and Vice President of District Football Association.

The tournament kick started with the Principal Dr. Subhash Kumar hitting the ball.

The inaugural match was between Lions and Tigers where Lions beat Tigers by 1:0. Mr. Jippu from Lions scored the goal for the team.

The second match was between Cheetahs and the Leapards. First half seemed to have no goals at all while in the second half, the Cheetahs charged up against the Leopards; Mr. Krishnendu scoring a goal for his team and snatching the match from Leopards paws.

It was a thrilling day indeed and more adrenaline rush is expected in the upcoming matches.