International Day of Sport for Development and Peace (IDSDP) 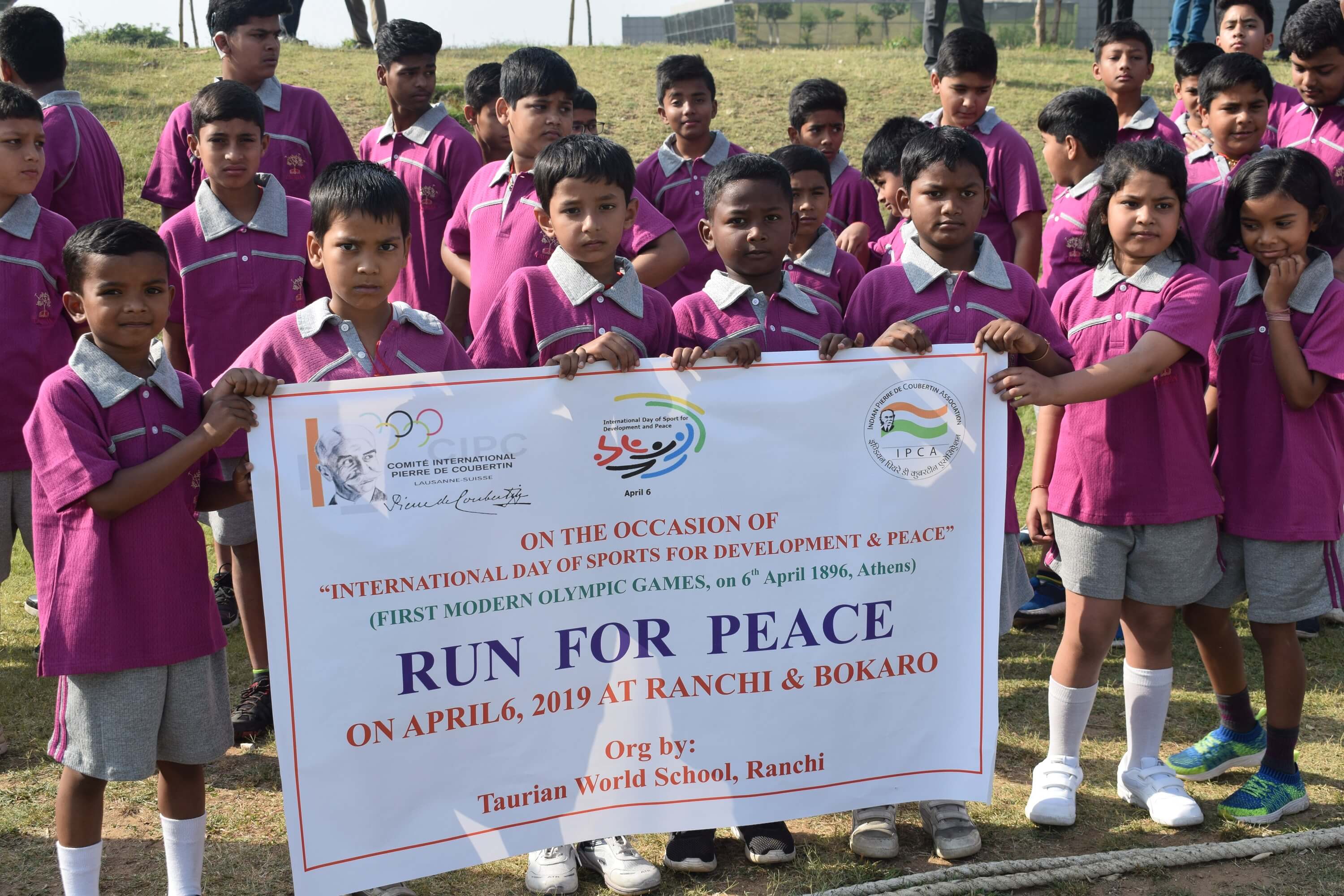 The date commemorates the inauguration of the first Olympic games of the modern era, in Athens (Greece) in 1896.

The day is being celebrated since 2014 with an aim to promote and celebrate the power of sports in driving a social change and foster peace and understanding.

In view of the same, a symbolic run “Run for Peace” was organized inside the campus where the staff and the students participated with full enthusiasm.

Mrs. Sarojini Lakra in her speech said that the adoption of the day for sports signifies that sports can have a positive influence on the advancement of human rights and economic development.

Besides, she also emphasised on the role of sports for social progress.

Mr. Shivendra Dubey added, “Due to its vast reach, unparalleled popularity and foundation of positive values, sport is ideally positioned to contribute towards sports development and peace”.

Dr. Subhash Kumar, in his concluding speech said that sports is an important enabler for sustainable development and recognized the growing contribution of sport to the realization of development and peace in its promotion of tolerance and respect.

He added, that sports also contributes in empowering women and young people, communities and individuals as well as the health, education and social inclusion objectives.

The assembly ended with the singing of the National Anthem.