Grade IX to XII :: Preparedness and Managing Stress during Exams 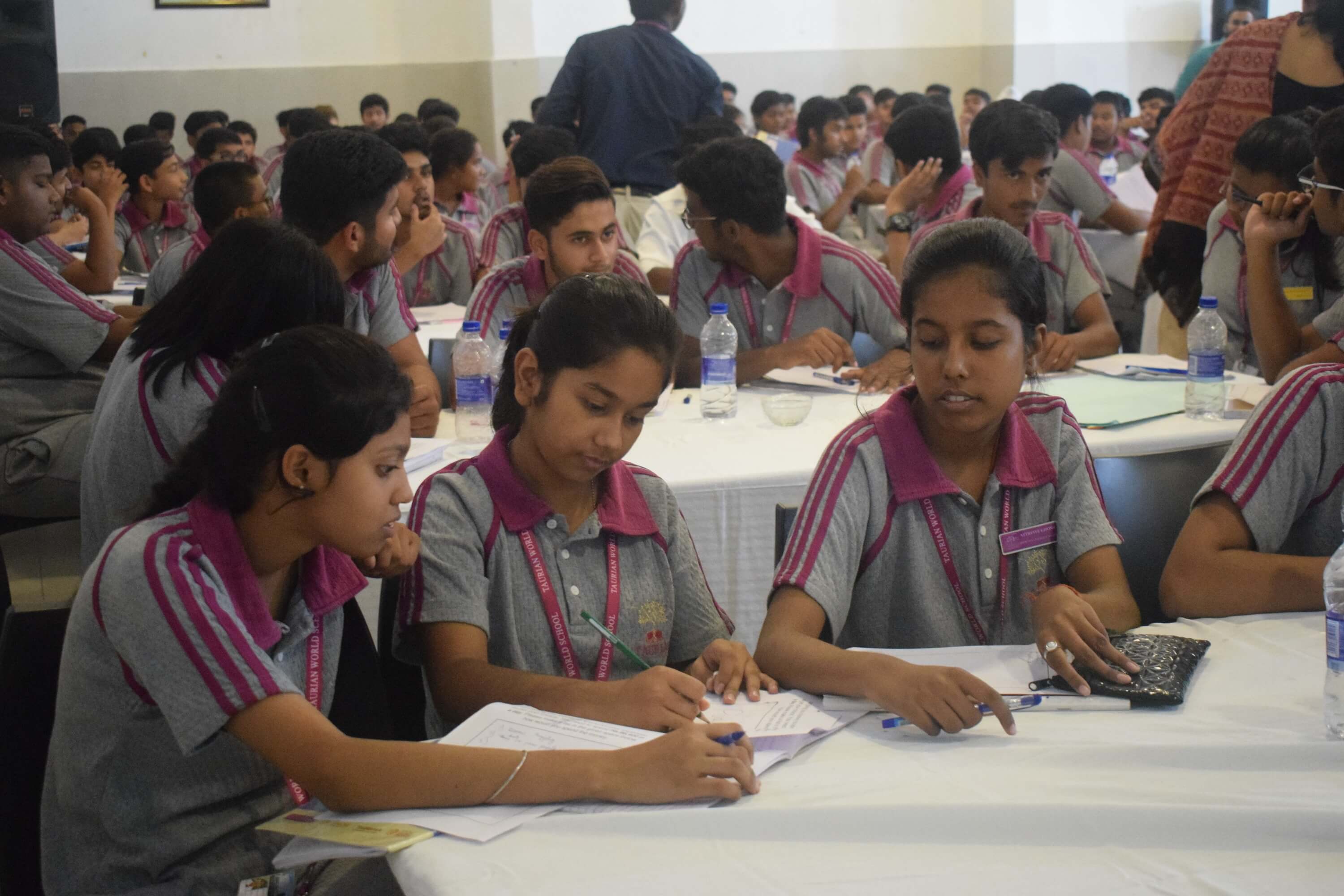 The students of Grade IX to XII attended a guidance session  on “Preparedness and Managing Stress during Exams” conducted by Ms. Tanushree Sengupta & Mr. Vardarajan where they urged students how to beat exam stress and prepare for a better result in the exam.

Mr. Varadarajan, Teacher Psychology started the session on how preparedness for exam is essential and how Motivation is initiated by need to achieve something. This is triggered by physiological and psychological arousal resulting to drive within, to attain this need; which results in satisfying the need. If it is rewarded the behaviour will be reinforced to perform better.

He told the students that there are high achievers, average achievers and slow learners in a class. The high achievers are always rewarded by their performance which motivates them to progress to compete with the peers, to compete with their own past achievement and to perform consistently. Whereas the average achiever is like infant elephant tied to a rope/chain. He/She always tries to cross the borderline and feel satisfied with whatever they achieve. They then try to blame on other sources. The slow learners on other hand are influenced by biological, psychological and social factors. They need support to progress in the academics.

Mr,Varadarajan also explained about Sandpaper gate story of Steve Smith , Australian Cricketer. How, due to his maladaptive coping to life stress he got exhausted and become mentally disturbed after suspension for 1 year. When the life stress takes toll because of your negative coping mechanism it can affect you physically and mentally.

He also told a story about an incident in the early life of Mahatma Gandhi on how he was ejected from a train by a white man when he was traveling to Pretoria, which motivated him to fight for Indian Rights in British colony. To fight against racial discrimination Gandhi managed the struggle situation by control and he thought rationally to solve the problem. He stood in the station in shivering weather and there started his nonviolence resistance, Satyagraha. The moral from the story is great people handle situation with patience, experience struggle, empathize with others, control emotions, analyze situation think rationally and solve problem.

He told another motivational story of Mother Teresa who did a noble service in India. Mr. Varadarajan explained about the Famous “Bakery Incident” where she asked for charity to a rich baker shop owner and he spit on her face. The divine mother, with unimaginable patience thanked him for whatever he gave to her and asked him what will he give to help the poor people. Astonished by her answer he came to know the whereabouts of Mother Teresa and he sent trucks of bread and money to support the poor children. The Moral here was to not show any ego, have patience, a determination to achieve something and perseverance and dedication in approach.

He explained ways to improve academics by conducting activity on “Time Management” and “Get Organized”. Students actively participated in this activity. He emphasized that the next 70 years of a student’s quality life is going to be determined by their effort they are going to make to perform in their academics.

He then narrated Abdul Kalam’s secret of success “Whatever my teachers taught on the day I would learn on the same day”.

He also emphasized on chucking method of learning, never to procrastinate, seek help when required.

Taurian World School provides holistic development to bring the maximum potential in every student; they just need to utilize the opportunity.